JSC “TRANSAS Consulting” was established in St. Petersburg in 2001 by four legal entities, which are a rather famous in Russia as well as in foreign countries. These 4 enterprises and companies are: JSC “Central Research Institute of Merchant Fleet (CNIIMF)”, State-run enterprise “GIPRORIBFLOT”, JSC “Transas Eurasia” and JSC “MCS Consulting”.

The company was found to render consulting services and to carry out research works in the field of transport.

One of the major activities of the company is the fulfillment of the following works in the sphere of the transport security: 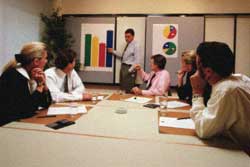 Besides, the company (together with manufacturers of the security equipment) is developing security systems for ships and drilling units and platforms (oil rigs).

On other activities in the field of transport security the company is working within its competence on the basis of the concrete orders of clients and different projects, including international.

JSC “TRANSAS Consulting” is a modern, effectively organized company with qualified specialists and with the possibility to assemble a group of professionals for the work on concrete transport projects.

The company is giving much attention to analysis of the market, is always trying to foresee the needs of clients and to offer him the most effective ways to solve the upcoming problems.

JSC “TRANSAS Consulting” thanks you for visiting our site and hopes on an effective cooperation.